What does more money give you in life?

It is one of the fundamental questions that people usually are curious about. A lot of people tend to compare having more money as having more happiness, but is it actually true?

There are three things can people tend to believe in getting from more money which is as follows:

Are happiness and convenience the same thing?

There are a lot of people who tend to get confused between the terms ‘happiness’ and ‘convenience,’ which makes them believe that having more money will eventually make them happier in life.

If a person becomes extra rich, they can afford everything from a big house to cars, vacations, and everything else, which makes everything easy for them, and then there is nothing to worry about in life.

This doesn’t mean that it can be related to happiness because it means convenience.

There are a lot of books which talk about the relationship between having money and happiness because of it.

Through much research, it has been shown that there is an increase in happiness a person gets out of having more and more money is diminishing over time.

Every person has a different thought process when it comes to having money in life.

Some people think it’s convenient and some think that it gives more happiness.

The people who think it gives more happiness need to see more salary in their life.

There are a lot of people who even think that more money can bring worries in life, and we have lots of examples of millionaires who committed suicide even after having millions in their bank accounts.

There are plenty of reasons for which a person can feel unhappy, like relationships, money, work, career, and a lot more.

Having money in life doesn’t imply anything because every person abides by the different thought processes and thinks differently about having more money in their bank account.

Also, every individual has different ways of spending their money as some spend it recklessly on the things they don’t even need while some people will think before spending even if they have millions in their bank account.

There are various experiences that a person goes through, which makes them have different views about having more money or less money in life.

Money can make a difference, but a lot of other things also count in for the happiness that a person can get in life.

Of course, there are a lot of conveniences that a person can get with the money, but it’s not always important that the person will remain happy because of the money.

There is some amount of happiness that everyone will get by fulfilling their wishes, but other things matter too.

What is the cost inflation index? 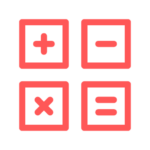 10 things you should know about Sovereign gold bonds

How NRI’s should plan their investments in India?

Five ways every Indian can manage their money well

What is the cost inflation index?

FD vs. Debt funds vs. PPF vs. VPF for retirement and benefits